Finally got back to the Track yesterday ( Dec. 19 2021 ) for a FunDay Sunday at Orlando .
Weather was threatening , but wanted to go badly and took a chance . After a cloudy morning , it became partly Cloudy with strong sun .
The temperature was 85-88 degrees , and a headwind on the track at 8-12 mph . Dewpoint of 72 , so fairly humid .
The track had a HUGE turnout , with an amazing variety of cars , mostly very fast guys , mixed with some true off the street cars and trucks , and about 30 motorcycles . I estimate that there was well over 150 vehicles there to make runs !!
With the usual track happenings , slowing things up , and the very slow staging up of the Motorcycles ( WHY ? ) , there was a lot of waiting time in the very long lines in the staging lanes . Hot .
I made 2 runs . I had a new Edelbrock AVS ( 1905 ) on the car .
The track had a big meet for the days prior to this day , and the starting line was quite rubbered up .
Since the track runs due South , and we are at the Winter Solstice time , Sun is low in the sky , so the glare from the track is strong , and the rubber was really visible. The really fast guys in the separate lanes get a bit of cleanup before they run , but I am a lowly slow guy , so we get what we get .
Another thing is that many street cars now are so fast that the separation of the cars is becoming moot ?? . Many many many cars are turbo'd and just make it up on the other end . One little bitty red car of some sort ran a 6.94 !!!!.
Anyway , here are 2 vids of my car from down the track . We usually see Stude launching ,so I asked my friend to go down past the 1/8th mile mark so I could see and hear my car at " speed " . The vid with the green Mustang ( a street car ) , is amazing , as he ran 9.99 sec in the 1/4 , and let off before the traps ! I had a better reaction time but he blasted by quickly . and I was concentrating on my shift points etc , so the vid is enlightening for sure .
My speeds in these vids are 92-93.5 mph at about 5700 rpm . 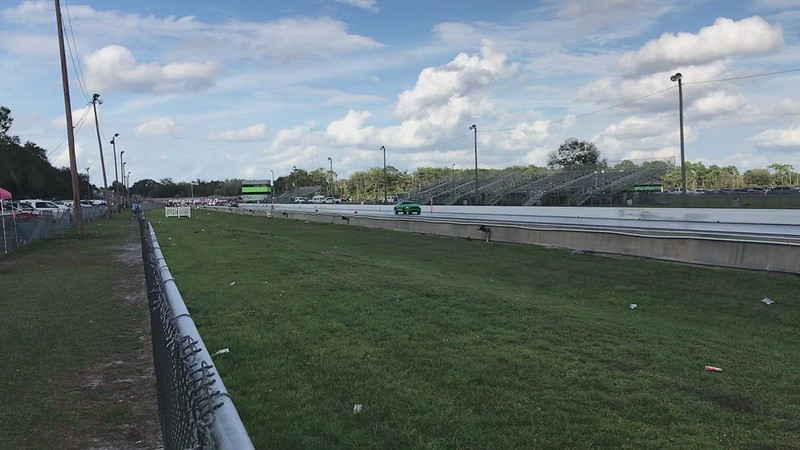 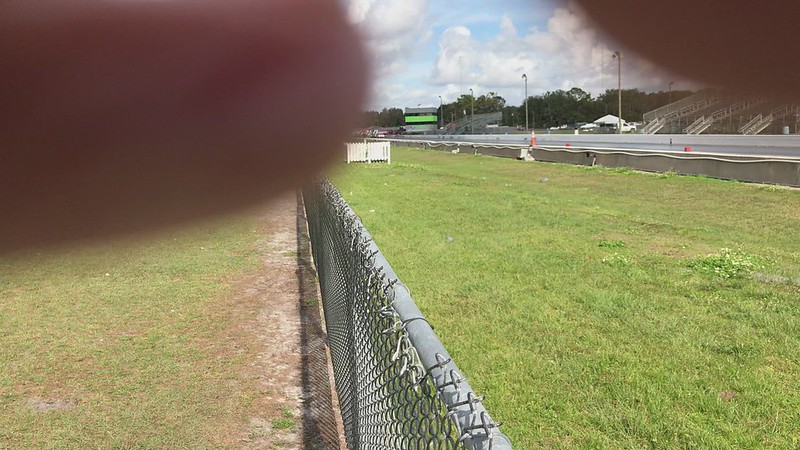 Cool to see you raced!

I clicked on the pictures & could go from video to video & then came a red & black "wanna-be-Studebaker" & there's a shorted(!) yellow coupe beside it, is there any pictures of that one?
Top

The shorted Stude pics were at the Daytona Turkey Run at Daytona Int'l Speedway on Thanksgiving weekend . That is a HUGE show , Swap Meet and way more every year. Not at the Drag Strip .
Both the Red & Black car , and the Yellow car are from the Miami area ( Hialeah ) . The Red & Black is on a Mustang GT 500 chassis , and the Yellow is Corvette based . I have a pic or 2 taken a few years back of the yellow one , I'll try to find them .
If you can't get there in a STUDEBAKER,
it ain't worth goin' .

What are your plans for this year. Any racing early in the year?
David Livesay
Top

I've been to the track again ( January 9th ) , but nothing good to report . I am in the midst of carburetor changes .
I have been running Edelbrock carbs . I have used 1405 ( 600cfm ) carbs . Because I am wanting to be more aggressive on the launch , I have changed the throttle linkage , and so , the secondaries open briefly at the hit , which causes a " hesitation " . Engine pulls very well after that. The 1405 carb uses an air door that is controlled by off center weights . No real way to make changes on that , without a lot of mods .
So... I installed an Edelbrock AVS ( also 600 cfm ), hoping that I could adjust the air doors over the secondaries , such that I could delay the opening enough that the inevitable hesitation would be less of a factor . This did not work out . In order to get the hit off of the line improvement , the air doors were impeded enough the the engine would surge some , as they opened and closed some , during the last 1/2 of the run .
( I had already finally acceded to the idea of giving in , and had ordered a Holley double pumper , so this last attempt was a " what the hell " thing ).
I am now in the dialing in of the Holley phase . A lot to learn .
I am also putting new slicks on the car . My old Goodyears were almost 11 years old , and even though no where near worn out , that age is concerning .
In keeping with the Studebakers being built in Indiana , this time I chose HOOSIERS . ( Goodyear had no stock of the size that I need anyway , and I searched other makers , and Hoosier had what I wanted in stock . )
I'll keep racing until the Florida heat and humidity become dangerous this year . I going on 78 years old , and even though I am skinny , and have lived in this sauna for 70+ years , there's safety limits for me .... I am a Daytime only racer , as the logistics of getting the car and trailer to the track and back into my tiny yard at night are overwhelming .
If you can't get there in a STUDEBAKER,
it ain't worth goin' .

Hey Bill, you didn't mention if you are using mechanical or vacuum secondaries. That AVS carb is a great choice and is very tuneable. One thing about Ebelbrocks is that they run better at about 4.5 to 5 psi of fuel pressure, a Holley likes higher pressure. Also, you have more adjustment using the two-step, secondary metering rods. Your secondaries are opening too soon, but adjusting the torx screw on the side should help with that. I hope you're using as much mechanical as you can. An automatic car with vacuum secondaries is prone to bog and difficult to tune, because, unlike a manual shift, you have to have the engine under load to determine what carb adjustments are needed. Usually, we tune a carb by making the settings with the car parked, then do some quick throttle spikes to see if/when the secondaries open and check throttle response. That's good for a stick car, but not for an auto. One more thing, timing is more critical, (when it comes in), for an auto car. You are probably well aware about these things, I'm just trying to think out loud here, from this foggy old brain. Holleys used to be hell to tune, but they have stepped up their game, they're much better now. Please keep us in the loop on this.
Sonny
Top

Short video of the current situation . No track tests yet , but It launches reasonably well here in the driveway .
Some fine tuning obviously needed , and I have a carb expert in on the deal .
This is a 650 Brawler . . I did put a Holley 600 4150 on the engine , which had Primary response problems , which we did a day of various things to try to alleviate , to no avail . At that point , we put a 750 4150 on the car , which my carb expert had brought along , ( it was his well known checking carb ) , and the engine responded well ! So the 600 4150 has some internal problem ( possibly a casting issue or whatever ) . So after a series of trading and talking , I have ended up with this Brawler on the engine . More to come . 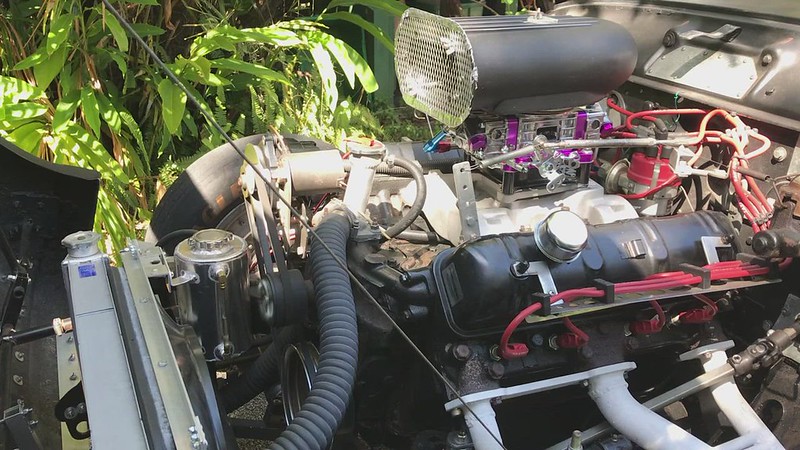 Skeeter w/ Brawler Carb by Bill H, on Flickr
If you can't get there in a STUDEBAKER,
it ain't worth goin' .

Finally back to the Track , yesterday April 3 2022 .
A big rain event had happened overnite , and we waited out a track drying at the far end for a while . The cold front that brought the rain also left a nice eventually clear sky , and a light NW breeze. Temperatures stayed only about 80 deg. even in the afternoon . Nice .
I had on the car this time : New Carburetor ( a Quick Fuel Brawler 650 cfm ) , New slicks ( Hoosier 9 x 30 x 15 ) , New front tires ( Goodyear 25 x4.5 x 15 ) , and a somewhat better system for latching the tilting nose down .

I made 3 runs . All of the new stuff , combined with an old rusty driver , produced varied results . 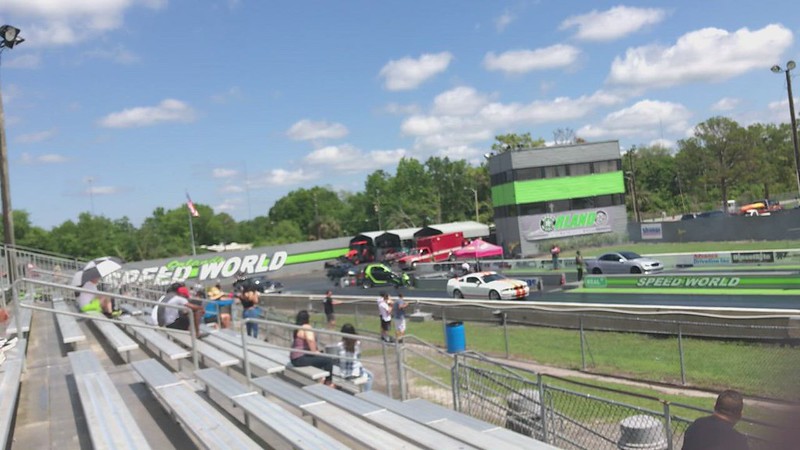 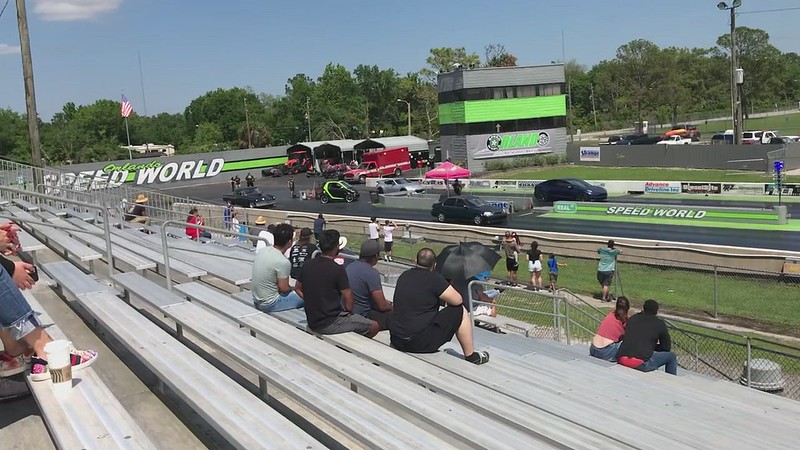 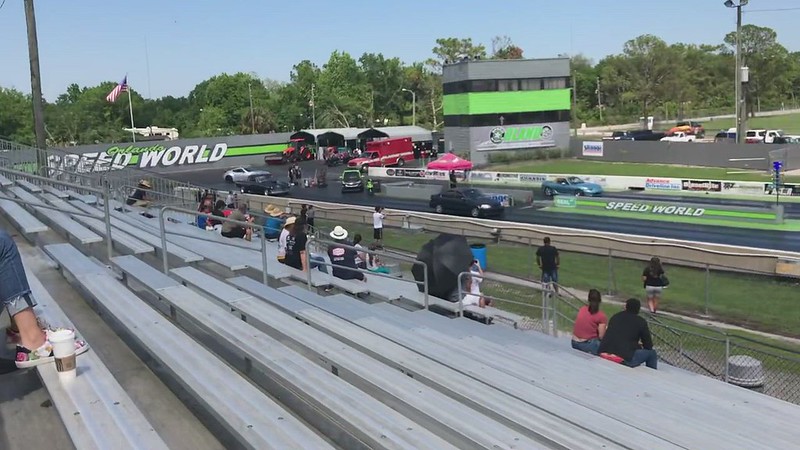 No racing for me this week , but I helped a friend of mine to take his NHRA Altered to have the required chassis Re- certification . We went to the Don Garlits Museum to meet the NHRA guy . All went well . 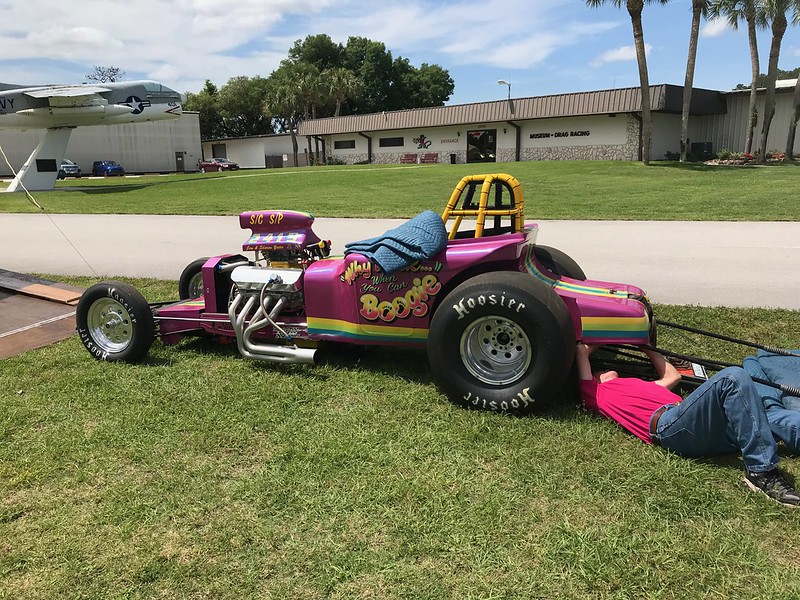 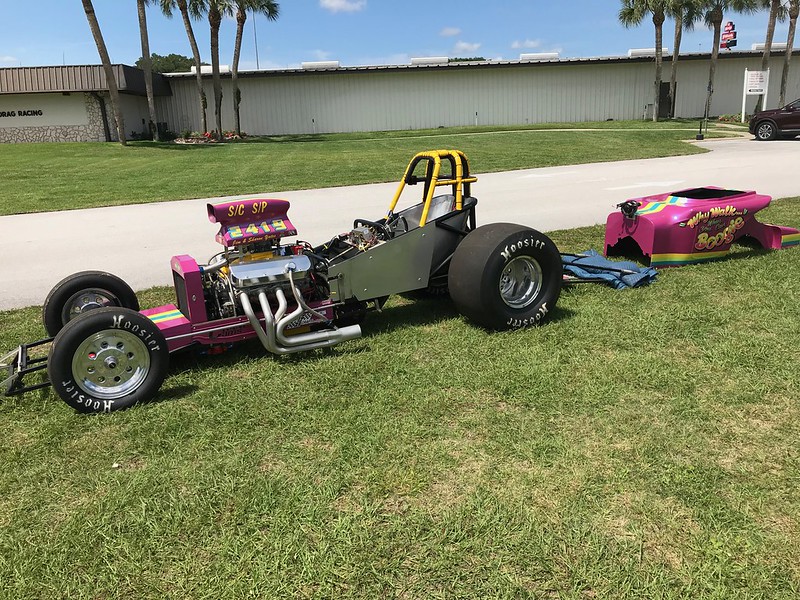 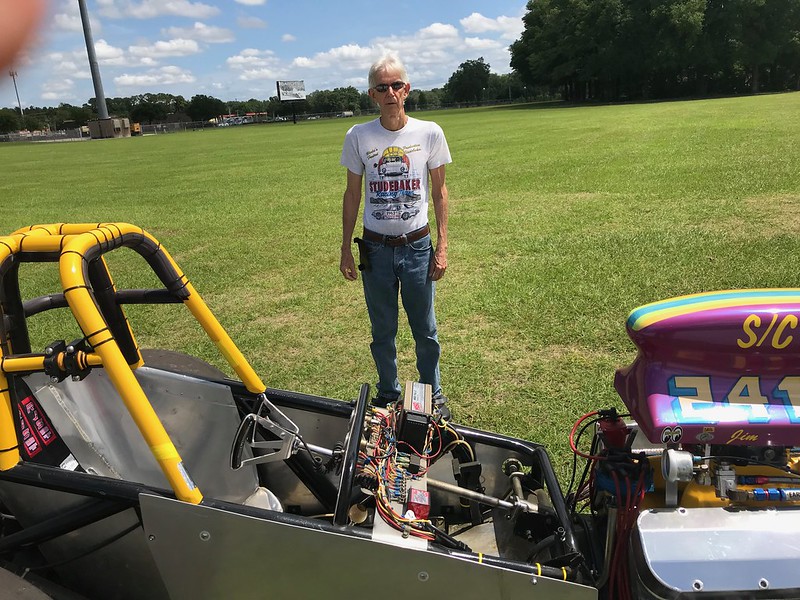 I made 3 runs . All of the new stuff , combined with an old rusty driver , produced varied results .

Hell, I'd be proud as punch just to HAVE a car doing battle! Little by little, is what it takes to get it dialed in. Looks like you're headed in the right direction!!! Hang in there, great job, Shifter!
Sonny
Top

shifter44 wrote: ↑16 Apr 2022, 20:00 No racing for me this week , but I helped a friend of mine to take his NHRA Altered to have the required chassis Re- certification . We went to the Don Garlits Museum to meet the NHRA guy . All went well .